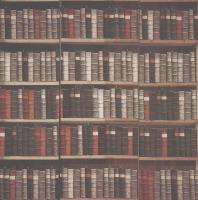 The exhibition “New Judaica Publications at the Wroblewski Library of the Lithuanian Academy of Sciences” was run at the Library from July 1 to September 9, 2020. marked the 300-th anniversary of the birth of the Vilna Gaon and the Year of the History of Lithuanian Jews. Here we present it in the virtual format.

The Lithuanian Jewish Community was of great importance in the development of the country’s economy and culture. The Litvaks and their descendants have left a deep imprint on science and culture and continue to play an important role worldwide.  A significant number of prominent scientists, artists and writers, including Nobel Prize winners, are Litvaks.  One of the greatest tragedies in the history of 20th-century Lithuania was the Holocaust, a dark period marked with unimaginable sufferings.  At that time most of the Lithuanian Jewish Community was murdered, the rest scattered abroad, much of the priceless Litvak heritage was lost.

The Wroblewski library holds a great number of Judaica materials.  Some of them are extremely valuable, such as 204 units of YIVO manuscript documents (the YIVO Institute for Jewish Research Collection F424).  The present exhibition showcases print publications  on the history of Lithuanian Jews.   It pays special tribute to the  Vilna Gaon (Elijah ben Solomon Zalman (1720-1797), the world-renowned scholar of Tora and Talmud, whose fame contributed a great deal to Vilnius’ reputation as the Jerusalem of Lithuania.  The exhibition displays numerous books on Vilnius, a great center of Jewish print.

Vilnius used to be home to the Jewish public library founded by the bibliophile Matisyahu Strashun (1817-1885), the first such library in Lithuania.  It was open in 1892-1940 and became one of the most prominent Jewish libraries in the world. Among the exhibits is a book unveiling the history of the Strashun’s library and its fate.

You are cordially invited to visit our virtual exhibition and explore the world of Lithuanian Jews as told by the books on display.